“One had followed the rules and one had not. But the problem with rules, he reflected, was that they implied a right way and a wrong way to do things. When, in fact, most of the time there were simply ways, none of them quite wrong or quite right, and nothing to tell you for sure which side of the line you stood on.” -Celeste Ng, Little Fires Everywhere

I want to begin by saying: this novel started off slow, and when I say slow, I mean s l o w. In fact, when I was about forty percent through the novel I was on the brink of closing it for good and moving on to a faithful Ali Smith beckoning me from my bedside table. But I persisted, thinking there must be a reason the reviews are so good, right? My persistence paid off, as when I hit the dead center of the novel, it picked up to a pace that left me consumed and unable to flip its blue cover closed for any length of time. Little Fires Everywhere by Celeste Ng, proved to be a masterful novel, full of unexpected turns, but most of all storytelling which revealed Ng to be a novelist who has a clear grasp on a fresh narrative form all her own.

This novel follows a community outside of Cleveland, Ohio, Shaker Heights, named the first “successful planned community in the United States.” The community, as the book unfolds, is revealed to hold a desire of achieving a certain utopian dream full of perfect neighborhoods, perfect schools, perfect parents, and perfect children, ideals represented by the Richardson family the central focus of the novel. The Richardson’s family of six is seemingly perfect: the father is a lawyer, the mother a local journalist, the oldest daughter a star of the high school’s plays, the oldest son a successful athlete with a devastating smile, and the younger son a bookish and brilliant aspiring songwriter. Though, it is with the strong-willed, Doc Marten-wearing youngest Daughter, Isabelle, or Izzy,  that the picture perfect family becomes a bit more complicated. Izzy proves to be a girl on a mission to challenge what the rules really are, spurred on by her mother’s constant criticism of her every move, culminating in an assumption that when the Richardson family’s home goes up in flames, with little fires everywhere, she is to blame.

Across town, the Richardson’s hold a small duplex property which they have recently rented out to Mia and Pearl Warren, a mother and daughter pair who showed up to Shaker Heights in a VW Rabbit filled with all their worldly possessions. Mia is an eccentric photographer with a secret, and Pearl is a brilliant bookish girl who immediately draws the younger son of the Richardson’s, Moody, in with intrigue (or infatuation).

The novel follows the two families, the picture-perfect and the unique, as their lives intertwine, particularly after a controversial custody-battle rocks the aspiring utopia to its very core. Throughout the course of the novel, life-changing secrets are uncovered, relationships blossom, conflicts of interests surface, and the lines of right and wrong are blurred by the smoke of these little fires everywhere.

First, for my criticisms of this novel. As I said at the opening, this book started off slowly, and frankly, I felt like the first half contained a lot of what I can only call lazy writing. The beginning hardly caught my attention, as the entirety of the synopsis was essentially the first chapter just lengthened to fill seven pages with simple descriptions and cliché fillers. Such writing continues throughout much of the first fifty percent of the novel. One of the most memorable moments of this writing comes when the second son realizes his infatuation with Pearl, and Ng writes: “his life had been divided into a before and an after, and he would always be comparing the two.” This line, though endearing, and does help to some extent in Moody’s characterization, harkens back to any John Green novel or coming of age film– the bookish boy who feels stifled by his own family, finds a sort of manic pixie stereotype, with an artist mom and smarts, to become infatuated with. Or another example, a moment with Mia as she realizes Pearl’s movement into normal adolescence, and thinks to herself: “this is what teens do.” Again, this achieves some effect, but it also is painfully cliché, and Mia is not a character who tends toward the cliché. Sometimes in writing, it is helpful to state the obvious and point the reader toward what they are “supposed” to see, but such tactics prove unneeded in the latter half of the novel where Ng shows herself to be a talented writer who does not need clichés to aid in her narrative or to fill awkward spaces to achieve effect. I found these moments, looking back on the novel, to be a contributing factor in the slow beginning, and a minor disappointment at the space wasted in these clichés in which I could have (and should have) been reading Ng’s adept writing.

Now, for the positive. As already alluded to, Ng is masterful in the latter half of the novel. The way the narrative picks up once you hit a certain point is exhilarating. The story takes on a form in the latter half wherein all of the characters and their lives are interconnected, weaving a web of what I have now realized were little fires, burning bright, and coming together as one all-consuming fire of the narrative. Ng achieves this effect through an almost Woolfian style, jumping from character to character within the space of a few lines, to tell the story of each person, their feelings, their thoughts, their actions, and how they contribute to the larger fire. Though not venturing into the free and direct discourse of Mrs. Dalloway, the quintessential jumping narrative (to put Woolf’s narrative style in my own words), she still accomplishes the task of such a difficult narrative style flawlessly. She examines the lives of each main character, includes thoughts of secondary characters, and equates them all into a larger narrative that leaves the reader feeling as though they have examined the inter-workings of and come to understand the community of Shaker Heights in a way none of its people might.  Ng also touches the topics of mother-daughter relationships, the desire for perfection, the idea of rules, and/or ideals being good in theory but problematic in practice, and the overall pain and joy of being. Ng’s narrative style proves to be fresh, almost experimental but still comprehensible, and highly effective.

Overall, I would highly recommend this book. Ng is a refreshing voice, needed in contemporary literature. I would just encourage any reader of this novel to fight through the beginning if it is found to be as slow as I found it, because it is worth discovering the result of starting Little Fires Everywhere. 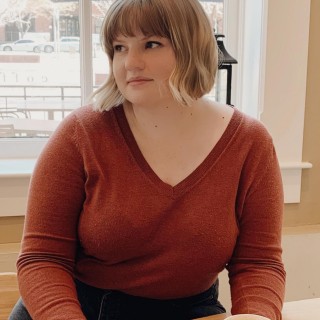